What To Name Your Puppy The Ultimate Guide You’ve just picked up your new puppy and brought it home. It’s the cutest little thing that you’ve ever seen, and it’s love at first sight.

The puppy is wriggling around and wagging its tail. Maybe even licking your hand as you welcome the new best friend into your home. There’s just one problem – he or she needs a name.

Knowing what to name your puppy can be a tough decision. After all, a name is for life (most of the time) and becomes part of an identity. Yes, even in dogs.

Any puppy owner will tell you that their furry little friend has their own personality, which is not surprising after centuries of humans domesticating dogs.

In fact, there are now 4.8 million pet dogs in Australia, making it the most popular pet in the country. No wonder it seems as if dogs act like humans sometimes.

Pet names also say a lot about the owner, so it makes sense to choose wisely.

You don’t want to make the mistake of naming a puppy something that you would be embarrassed to shout in the park. Possibly over and over again. Remember that people judge – it’s a fact of life.

As this is the ultimate guide to puppy dog names, we thought it was best to start at the beginning by looking at why names are important before moving onto the top puppy names right now.

That way, you will end up with a name with meaning that will stand the test of time.

And not something that will be out of fashion quicker than you can shout “fetch”.

What’s In A Name?

Researchers have studied the meaning of names for years and found that certain names have stereotypes or connections already attached to them.

That means that people start making assumptions about someone just by learning their name. Even if they don’t realise it.

Let’s consider the name Kylie. Who did you think about? Kylie Minogue, right?

What about the name Brad? You thought about Brad Pitt, didn’t you? Or at least, you probably thought about a chiselled, handsome man anyway.

What does this have to do with puppy dog names? Well, actually, quite a lot.

If people can jump to conclusions about a person’s name, then they will probably do the same thing when it comes to a pet’s name. After all, it’s the owner that chooses the name.

It can be easy to want to name your puppy after the latest pop culture craze or favourite celebrity, but what sounds cute now might sound stupid in a few years’ time. Or even offensive. And no one wants that.

Let’s try it out with two different names. Say the name Archie, then say the name Max.

Did you notice how Archie sounds soft and loveable, while Max sounds like he could be a rascal? The reason is that you can express more emotion in a two-syllable name. And where pets are involved, there is always a lot of emotion.

So, do yourself and your new furry BFF a favour by thinking carefully about what a name could mean. Not just for now, but for the future as well.

How To Choose A Puppy Name

Puppies are more than just a pet. They become a part of the family, which is why choosing a name is such an important task.

So far, this is what we know:

Something else to think about is that you will be training the puppy as it grows into a dog.

There is nothing more disappointing than discovering your new puppy has chewed your trainers or ripped apart a cushion. They don’t do it to be mean, it’s just what puppies do as they grow and explore their surroundings. But it’s bad behaviour and they need to be taught it’s not okay.

So, how would you stop the puppy from chewing your belongings and let it know that it’s a bad doggie? You would probably shout their name. Or at the very least, say it in a stern manner.

Now, imagine if the puppy’s name was Prince William (random example, but stay with it).

You would feel a bit silly shouting “Prince William” at a little puppy. First, the name has too many syllables. And second, it would just be absurd, which would make it even harder to be assertive.

For a less extreme example, let’s go back to the name Archie.

Picture saying Archie in an assertive way to make sure the puppy knows who’s in charge. It just sounds better, doesn’t it? And it would be perfectly acceptable to shout that name in a public park as well.

Another consideration is how the puppy reacts to the name. If after a few days it doesn’t respond well to its new moniker, then it could be worth trying something different.

Also, a name that sounds too similar to a command could be a problem, especially when it comes to training. In this case, the puppy could end up confused between its own name and the instruction, which wouldn’t be fair to anyone.

Finally, keep in mind that the little bundle of love won’t be a puppy forever, so it’s smarter to choose a name that will work for a grown-up dog as well.

Now that we’ve looked at the science behind the sound and meaning of names, it’s time to check out the different puppy name trends around the world.

You will see from the results below that inspiration really can be found anywhere.

Some people look to their favourite celebrities or characters from a TV show when deciding on a name. Whereas others end up naming their puppy after their favourite drink (yes, it’s a thing).

One thing is for sure though, there is always a name trend. And then there are always a few familiar favourites that never go out of style.

Let’s find out what they are.

A recent survey revealed the most popular names for puppies in Australia and guess what was in the top ten male names? Archie.

Yes, that lovely sounding two-syllable name came in at number six on the list of Australia’s Top 100 Dog Names.

Interestingly, this follows Harry and Meghan naming their royal baby Archie last year. Pet names are often inspired by famous people and pop culture, just like baby names, so perhaps the Sussex’s started a trend there.

However, at the top of the list of names for male dogs was Charlie.

Unsurprisingly, it’s a two-syllable name and you can just imagine saying it with either affection or authority. Basically, it’s a really nice sounding name, which makes sense why it’s in the top spot.

Here are the top ten puppy names for males:

You will notice Max and Buddy in there – two classic dog names and examples of familiar favourites.

But did you notice anything else?

Some of those names sound very human-like, such as Toby and Oscar, which is another trend doing the rounds in the world of dog names right now. In fact, 88 per cent of the top 25 male dog names are human.

Last year, the top spot for female names was taken by Bella – for the third year in a row, making it the most popular name for all dogs in Australia.

Not only that, but other surveys cite Bella as the most popular dog name of the last decade.

The popularity is believed to come from the super successful Twilight book and film series and its main character, Bella. Even though the vampire craze may have died down now, people clearly haven’t forgotten and still love the name.

The top ten puppy names for females are:

As you can see, every single name on the list contains two-syllables. Moll-y. Co-co. They just sound good, almost like a song. And they evoke a friendliness that most of us associate with puppies.

Daisy and Bailey are two other female names on the list that regularly make it into the top ten and are firm favourites amongst dog owners. Again, they are two-syllable names and just sound cute.

Pop culture is often a huge influence when it comes to pet names, as we’ve already seen with the names Archie and Bella.

The British royals and literature aren’t the only inspiration though.

Last year, Games of Thrones had a big impact with the name Arya making it into the top 100 dog names. In fact, in 2019 there was a 28 per cent increase in Game of Thrones-inspired pet names, which coincided with the cult TV show coming to a close.

Music stars are another strong influence.

People like to name their puppies after superhero’s as well.

The name Harley, inspired by the character Harley Quinn in Suicide Squad, recently hit the top spot for superhero-inspired pet names. But other names like Oyoke, Nebula and Black Widow have also been gaining in popularity (although they’re not in the top ten).

Clearly, there are no limits when it comes to naming your puppy.

Just a quick word of advice though – be mindful of passing trends. After all, a puppy’s name is for life, not just for a season.

What To Name Your Puppy

Now that you’re a bit more clued up about how to name your new puppy, it’s time to pick a name.

This ultimate guide to puppy dog names includes the most popular names right now, as well as other suggestions and tips for finding inspiration. Remember, choosing a puppy name is a big decision and one that will last for years – for both you and the puppy.

So, before we go our separate ways, here are some final key points.

Just because a name is popular or trending right now, doesn’t mean it’s the best name out there. You will end up saying it repeatedly, so it makes sense to go with something that sounds good to you.

Equally as important is that your little puppy likes it. There is no point sticking to a name that you love but that he or she refuses to respond to.

And last, but by no means least, have fun.

Welcoming a puppy into your life is a lovely moment and the start of an exciting adventure with a new best friend. 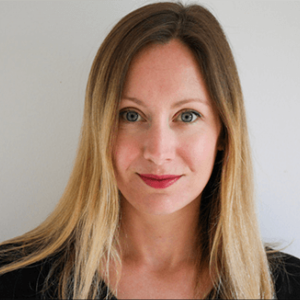 How Much To Feed My Puppy, What To Feed Them And When?